Most of us are told we should be getting more exercise, and the prevailing belief seems to be that you can never have too much. But fitness training, like anything else, can be overdone. In this post we’ll look at what is exercise addiction, and ask if you might be at risk.

Exercise Addiction – What Is It?

Exercise addiction is generally defined as “an unhealthy obsession with physical fitness and exercise”. There are probably two main causes:

1. Most commonly, it starts along with an eating disorder. Sufferers have an unhealthy body image and over-exercise in order to lose weight, either to reduce their weight below healthy levels (anorexia) or to keep their weight in the normal range after overeating (‘exercise bulimia’). Here’s a CBS video about that:

2. In some cases, it might be an addictive response to the endorphins that are released during a workout.

Exercise addicts will train with the same feelings of compulsion as any other addict. Unlike most other forms of addiction, however, it’s often not noticed by other people. Friends may notice that a person spends a lot of time in the gym or at the track, but it doesn’t seem like a dangerous habit unless you realize they are causing themselves injuries or their weight is dropping below safe limits.

Who is at Risk of Becoming an Exercise Addict?

You can boost your metabolism with exercise, but it’s important not to do too much. If you’re concerned, you could try the type of short, intense exercises that you can find in a metabolism boosting plan like this one.

There’s a lot of controversy surrounding the question of whether there is such a thing as an “addictive personality”, but certainly, people with one form of addiction often pick up another. According to a research study carried out by the University of California, 15% of exercise addicts were also hooked on cigarettes, alcohol or illegal drugs. They estimated that 25% might be addicted to behaviors like sex or shopping. 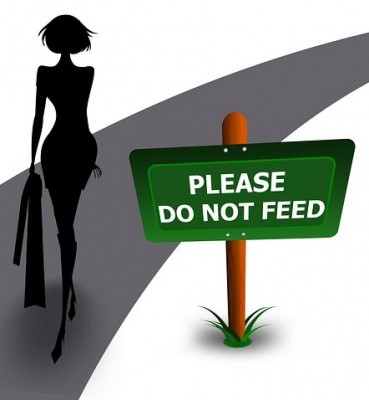 Some former addicts, who had given up another substance like alcohol or cigarettes, turned to a fitness program to fill their time and ended up getting addicted to that instead!

In addition, as we’ve already said, people with eating disorders are at risk of over-exercising in order to purge their bodies of whatever calories they have eaten.

It often begins in the teenage years, so you might want to keep an eye if kids fitness interests seem extreme, in case something like this might be developing.

There are some telltale signs of obsessive exercising that show when somebody might be hooked:

• feeling “high” after exercising, and craving it more and more
• feeling anxious after going longer than usual without a workout
• compulsive desire to exercise (feeling compelled to an unreasonable extent)
• skipping work, study or social activities to make time for exercise
• having rituals or obsessive patterns to the workout
• not being able to cut down on exercise

In brief, when working out or thoughts about it start to take over your life, affecting your relationships, friendships and work, you likely have a problem.

How To Get Over It

Recovering from a compulsive desire to exercise has a lot in common with any other type of addiction. First, the person needs to recognize that there is a problem.

Then, they have to come to see what is a normal level of exercise, and agree to try to keep to it, without doing more. This may be difficult; it can help to switch the type of exercise that you do. For example, if you were running for 4 hours a day or more, switching to the gym might enable you to cut down to under 1 hour. Taking at least one day out a week is also a good idea.

If there is also an eating disorder present, that needs to be treated too. This is beyond the scope of this article, but it’s important that a person with anorexia, bulimia or binge eating disorder understands what is a normal diet and agrees to eat 3 or 4 meals a day, without undereating. Otherwise, cutting down on exercise will only worsen other aspects of the eating disorder.

2 thoughts on “Exercise Addiction: Are You At Risk?”

Where To Find The Best Free Diet Plans